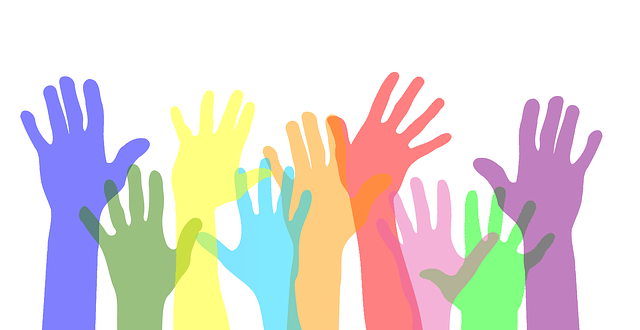 Twenty nineteen was a crappy year. Right-wing hate spread its tentacles deeper and wider around the world—the BJP was elected back in power; we lost some good people—some died, some showed their true colours; the economy got worse; Kashmir was annexed by the BJP government; and the climate crisis got worse. There’s more, but I wouldn’t want to depress anyone before their NYE parties.

Let’s cut to the chase: despite all the persistent gloom, I’m calling 2019 the year of solidarity. In particular, I refer to two very disparate examples: the #Berena fandom that came together to force the Holby City production team on the back foot, and the Indian public that found its spine and we are now challenging a government that’s questioning our citizenship.

Some would say that these two things are not comparable. That one is a social and political national issue that affects millions, and the other is just a story in a television soap watched by a fraction of that number. That is not my point, though. My point is, that at some very dark moments in two completely different context, people came together to call out the bullshit of others who had more power than they did; who broke promises, cheated, and spread hatred.

For me, the year started in a sort of Berena-breakup fugue. Many of us were flabbergasted at the haphazard ending of Holby City‘s once-acclaimed lesbian pairing, and the disregard of promises of representation and respect. But more than that, none of us were able to predict or even understand why it affected us in such a disproportionate (seen with a “neutral” eye) manner. Nor did we foresee the lasting mental health repercussions that many fellow-fans suffered. Oh, and of course, we had no idea that the story was going to get worse.

In that muddle of grief and rage, we still came together to form Berena Deserved Better, an online campaign to hold showmakers accountable for their promises of representation. We sent an open letter to the BBC (which was acknowledged on paper, but ignored in deed), campaigned hard on social media to try and pin the powers-that-be down to their promises, and were betrayed by various people we thought were allies (I’m looking at you, Catherine Russell, Heather Peace and Diva magazine).

BDB fractured eventually, pulled in different directions, but if the kneejerk storytelling of Holby City this year was anything to go by, we definitely rattled them. They were unable to own up to their mistakes or learn from them, and in a series of malicious moves attempted to teach us—BDB, and other Berena fans—a lesson. Needless to say, there were no winners.

Moving to a completely different canvas. India’s new citizenship act is the latest in a spate of hate-mongering, Islamophobic moves by the state. The governing party BJP has always had an agendy of turning India into a Hindu state, and the steady move towards authoritarianism has been witness to that. But now, we’ve had enough.

The women of Shaheen Bagh in Delhi, braving temperatures of 1 and 2 ºCelcius (the coldest winter in decades), have been protesting 24×7 since 15 December. Indian Muslims, particularly women, have been at the forefront of the current uprising of Indians reclaiming our democracy, our right to self-representation, all done in a peaceful, dignified manner. Braving some of the worst state-sanctioned violence against its people, particularly in Uttar Pradesh.

On the last two days of 2019, I want to say thank you to all the women with whom I walked this year. Some of you are now my friends—you know who you are—some of us didn’t see eye to eye and went our separate ways. But know this—I am grateful for your support and solidarity, irrespective of the outcome. The most important wars are fought on many fronts, and even in our separate smaller battles, we will be working to the same end.

Thank you for the solidarity, sisters!