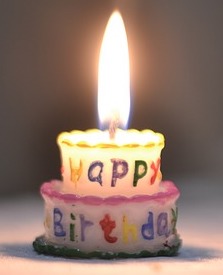 It’s stock-taking-of-the-year time and the only thing I can think of is, 2017 was the year I discovered Berena!

Well, in the larger scheme of things, the year that just went by was a horrible one. Right-wing bigots continued to be in power, the digital enslavement of Indian citizens went on, the economy remained effed, human beings found new ways to hurt, kill and maim each other…if I go on in this vein, I’m going to have to crawl back into bed and cry myself to sleep. Thus, I’m choosing selfishness, and will look inwards into the tiny confines of my own life for the moment.

From a personal perspective, fortunately, the past year has been pretty decent. There was reading and writing, travel to old and new destinations, the discovery of new TV content, and there was chocolate. Of course, there were troubled times, but one lived to tell the tale, so let’s chalk all that down to life experience.

How did I do on my to-do list from last year? Let’s see:

So now on to the list of things I intend to tick off before I turn 43: