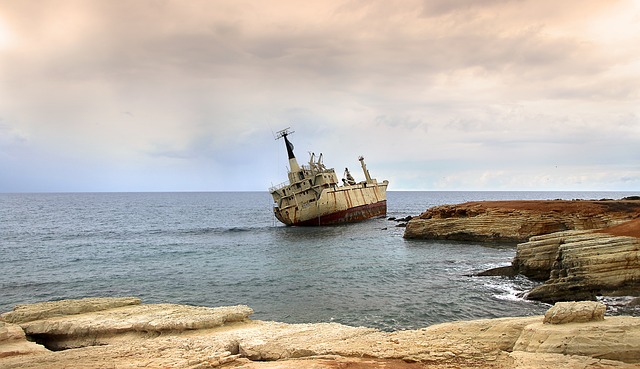 Now that the news is out that you’re leaving Holby City, I find myself thinking back on all the drama that happened in relation to the Berena story. I know I’m not the only one, but I speak here for myself only.

I used to believe you when you said you were an ally. I believed you when you took up the microphone time and again, and promised that you got it. That you took cognisance of the importance of the Berena story that you were portraying, that it was about time these stories became mainstream, and that you were going to treat it with the respect that it deserved but had not received historically. When you said, “If your world is telling you that you’re not approved of…that’s tough,” and you spoke of “meeting quite a lot of very young women who have come out…because of Holby City,” you sounded so very convincing.

You were so believable that you fooled a lot of us. You are undoubtedly a good actor, but if your social-media actions of the past year are anything to go by, you are not an ally of LGBTQ+ people. And I’m calling your out on your false promises and some outright lies.

You were propelled into the limelight by the adulation and admiration of the Berena fans, and you were happy to bask in it. But when we held you to account for your misleading promises, and when we levelled criticism at the direction of the story, you were quick to distance yourself from us. You not just dismissed our protests, but you played into a narrative of fans being abusive when they criticised you; then you highlighted—numerous times—the fact that you mute and block voices you don’t want to hear, encouraging others to do the same. In fact, some would say that your actions exacerbated the rift in the Berena fandom.

When you said that you cared about representation, both of lesbians and lesbians “of a certain age”, you were so believable that I ignored all the little signs that were telling me to be circumspect. When people around me pointed out that you were a straight woman, an actor, who by her own admission lives in a bubble, so could she really understand, I still chose to continue to believe you. Again and again, you kissed Jemma Redgrave and I believed it—except one instance, but we’ll put that down to a bad take. I believed you again when you said, “It’s amazing the power of that little box in your sitting room.” Indeed. The stories we see and hear about people who are different from us form our idea of what the world is like. As a Twitter friend of mine, a fellow-Berena, said, “The way choices are rewarded and punished is how our culture teaches us what to expect in our own lives. Narratives can sustain or destroy our ability to hope.”

You fanned our hopes for years, but when they were destroyed, you turned around and walked away. Not just that, you dismissed us, implied we were all immature, abusive, unpleasant; you publicly stated, more than once, that you choose not to hear us. Do you honestly not see the irony and the injustice of that? Of you, a straight woman and a self-declared ally, shutting down queer voices? Do you really think you can tell them, from your position of privilege, that they are wrong in how they feel about a story that purports to represent their lives, how they interpret it?

The funny thing is, you claim that some of us are unable to distinguish between actor and character. But it is your Twitter bio that says, “Awesome Lesbian Surgeon,” when you (the actor) are none of these things. For me, what stings the most is that you have been more than forthcoming to take the numerous metaphoric curtain calls, the Twitter version at least, when everything was right with Berena, when it was actually a groundbreaking story. But when the story fell into tropes and stereotypes, you had “We just say the dickies” on copy/paste. You went up on stage and accepted a Diva Award for a storyline that you knew was going to be thrown out with the rubbish—that was accidental, I promise—before the year was out.

You are just an actor and you are not responsible for story lines, right? So you’ve said. But you’ve also said that the slow-burn romance between Serena and Bernie was unscripted, that it was down to you and Jemma Redgrave how you played it. Then, during your GoSober campaign last October, you mentioned that you’d been pushing for the menopause storyline. So which one is it? Are you able to influence your own stories or are you not? Also, why should we believe you?

You chose to be the poster-woman for older lesbian representation—it wasn’t your job, but you still chose to do it. If you hadn’t, we wouldn’t be here today and I would have only known you as that brilliant actor who played Serena Campbell. You could have simply smiled and said “thank you” for Berena-related praise, but didn’t; instead, you promised us things that were never yours to promise, and then sulked because we called you out when you couldn’t deliver.

You have surrounded yourself with fans who sing your praises, who hang on your every word; you encourage them in their hate; and you actively advocate blocking and muting of marginalised voices. You have gone looking for tweets about Serena Campbell that don’t tag or mention you, and have blocked their writers. You have shown yourself to be a fair-weather ally, whose understanding of identity, representation, and appropriation are distinctly lacking, and someone who gets snippy if anyone points that out.

I submit that your actions have been ignorant, arrogant, manipulative, and cowardly. You sequester yourself in an echo chamber of admiring voices, and amplify the narrative that those who are upset with your actions of the past seven months are juvenile and delusional at best, and abusive and dangerous at worst. Using harmful tropes and stereotypes are not drama—what they are is ridiculing the hard-fought everyday battles that many of us grapple with; dismissing the invisibility, hate, and sometimes outright violence that are part of our lives.

There is very little you can do to regain the respect of the past unless you listen to your entire body of fans and ex-fans, and not just the fawning few, tender a full and unqualified apology for your appalling social-media behaviour, admit that you are woefully ignorant of what what being an ally to sexual minorities means, and allow yourself to be educated to correct that. Of course, there is no force in this universe that can force you to do any of that—it’s your choice.

So, which one is it going to be? Will you redeem yourself and join us in this fight, or let us forget you as an inconsequential squeal in the larger battle for visibility and representation.

One Reply to “An open letter to Catherine Russell”

Leave a Reply to 2019: A year in solidarity – Writeside Cancel reply