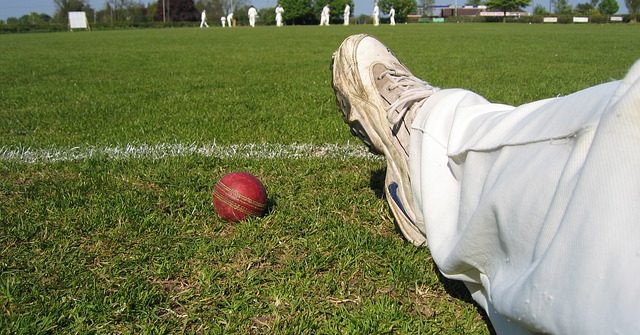 I’ve been involved in many fandoms over the years. Most of them have taken a similar trajectory—the euphoria of discovery; a frenzy of inhaling anything and everything related to the fandom; finding out about the people behind (or part of) it; and either a tapering off of interest levels, or being let down by your […]

Read More
No comments yet

This hasn’t been a good week for European goalkeepers. Hardly had we recovered from the suicide of Robert Enke, that news about Carlo Cudicini’s motorcycle accident hit the headlines, making it a particularly forgettable few days for the world’s most popular sport. German and Hanover 96 goalie Robert Enke’s death stunned the footballing world on […]

Funny, the term “fandom” never entered my thoughts much until Kate came up with it for a blogging subject. While, fandom may simply be described as the state of being a fan, in one very apt definition I found it is described as a “semiotic productivity is when fans use their object of fandom to […]

Portsmouth, West Brom, Barnsley and Cardiff City. No really — that’s the semi-finalists’ line-up for the FA Cup. The first time in exactly 100 years that three of the last four are outside the top league. A top league that incidentally consists of players whose worth goes into millions of pounds; players who earn in […]

The day the music died The thing about Adam Gilchrist was that you noticed him. What is even more commendable is that you noticed him for the right reasons. Whether you loved him or hated him, you’d have to admit, Gilly played cricket like it should be played. And with his retirement, it is clear […]

There are two things I have a pretty low opinion of: Times of India and the Indian media’s coverage of cricket in general. Put the two together and it’s something I’d avoid like the proverbial plague. Which is why I was pleasantly suprised to see a couple of sane opinions in the View/Counter View section […]

Usually, I hate the best and worst lists everyone seems obsessed with at the turn of the year. But here is one little list I couldn’t help making as the curtain came down on 2006. Amidst all the beginnings and ends, those that were important to me were the retirement of three sports personalites. They […]

Have I been neglecting my Web site and blog lately? Hmm… it does seem that way. Though, ironcially, I have never before been busier with things Webby. Apart from dealing with a little paid project, I finally got around to releasing a public design on OWD. It’s called Inspire. Meanwhile, still keeping with the England […]

For everyone who watched the World Cup final between France and Italy, there was an aura of unreality about the proceedings. Yes, it was supposed to be a sporting spectacle; but more importantly, it was the last bow of a soft-spoken French magician, widely acknowledged as the greatest footballer of his time. Yet the sporting […]

The strangest one-day international match has just finished, and I still can’t quite believe what I saw! Batting first, Australia posted 434 for four in 50 overs. Now, even a hundred runs less than that is supposed to be enough to finish off a game. But here comes the twist: South Africa chased the target […]