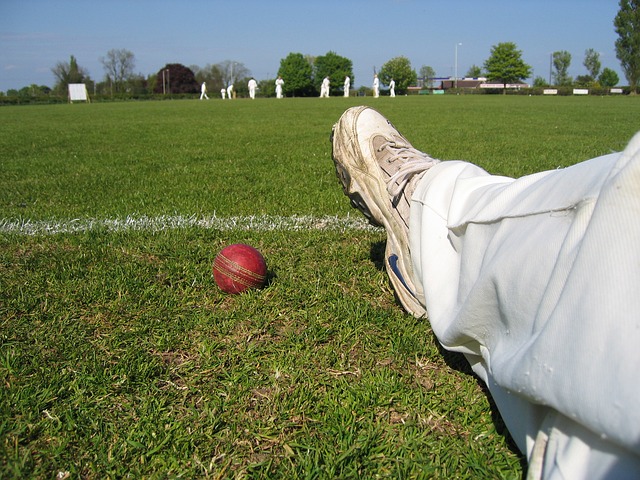 I’ve been involved in many fandoms over the years. Most of them have taken a similar trajectory—the euphoria of discovery; a frenzy of inhaling anything and everything related to the fandom; finding out about the people behind (or part of) it; and either a tapering off of interest levels, or being let down by your heroes or the powers-that-be behind the object of your fascination.

You’d think that being let down would lead to disillusionment. Of course, that happens, it’s all part of the grieving process. However, both times when a once-happy pursuit ended up as a rock lodged in my stomach, there were positive outcomes. First, a book that ended up being nominated for an award. Second, being part of a global campaign for better representation for LGBT storylines on TV.

Various sports fandoms were the highlight of my teens and 20s. At first it was cricket, then football. The football one petered out when I lost my partner-in-crime-and-other-things. The cricket one, which was more intense and involved, well, that’s another story.

But long before that, since I was 10 years old, I’d been crazy about cricket. This was kicked into a new gear when I met Swapna. We were 14 or 15 years old, reluctantly thrown together. (In the almost three decades that have followed, we’ve since bonded over other things, like Doctor Who.) This was the late 1980s and 1990s, so there was no internet to fuel our obsession passions. It was just us, the game, and our imaginations.

Towards the late 1990s, my hero was Azharuddin, and anyone who knows anything about cricket will recall why he fell from grace. By that time, however, I had already been able to redirect my love for the game into actually playing it and writing about it. I played for my college for two years; we were university champions. I also wrote on cricket (and football). The game proved itself bigger than an individual. Years later, Hit for a Six was born. It was nominated for a Crossword Award in 2018 (didn’t win). Watch this video to know more about how the story hatched:

One of the very few blog posts I wrote in the last couple of years was about the #Berena storyline in BBC’s Holby City, a long-running hospital drama. When I started watching the series, lured by the knowledge of the Serena Campbell/Bernie Wolfe romance, I had no idea how deeply involved I would become in it. I won’t repeat all the reasons it was a groundbreaking story.

But it was too good to last, and when Holby City backed away their commitment to tell a responsible, trope-free story, the impact was shattering. I found myself grieving like it was a real-life tragedy. A reasonably sensible person, this effect on me of a work of fiction was a body blow of sorts. I wasn’t a teenager; I was in my 40s. I do know that Bernie and Serena don’t really exist. And yet, the pain was real.

Getting under your skin is the hallmark of a good story. When that story seeps into the lives of people across borders and cultures, it’s an indication that there’s something monumental afoot. Something monumental is exactly what happened when two middle-aged women kissed in a British TV series. Read on

Berena was a reiteration of the power of stories and their ability to mirror our world, especially when some of us don’t see ourselves represented. It was a hope for a future and a promise of a fairer world. But it turned its back on us. As did those who had taken on the responsibility of telling the story in a respectful manner. Allies became appropriators.

Then, something amazing happened. I found I wasn’t alone. This time around, the internet provided a lifeline to the fandom and I found a group of fellow sufferers from across the globe. Long story short, we were able to support each other and go from beating our chests to setting up a campaign for better representation. And equally important, we want to support those for whom story going wrong has caused real physical and mental injury and anguish.

Called #BerenaDeservedBetter, we want, first of all, an acknowledgement from the makers that they caused harm. Next, we hope that this will be a resource for better representation in future.

I’ve been a writer for 20 years, an author for over 10, but it’s taken me the last month to really appreciate the power of stories. They lift you up, they drag you down. Sometimes they make you create something new. They are never just stories.